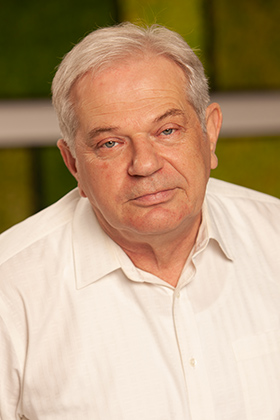 Yakov attended the Engineering University in the USSR graduating with a bachelor’s degree in mechanical engineering. After working for 10 years, Yakov immigrated to the USA under a program sponsored by the Jewish Community Center. In 1991, he arrived in Indiana and quickly became employed by Marks A. Levy Consulting Engineers. In 1997, Yakov joined our team serving as a mechanical engineer responsible for the design of HVAC systems. In 2015, he took a short hiatus from us, but re-joined in 2018. We are happy to have him as a team member.

Away from the office, he enjoys spending time with his wife and traveling. They enjoy exploring the US, as there are so many beautiful places yet to see. Yosemite might top the list. He has two children who reside in the Midwest and friends/family from “sea-to-shining-sea” as well as a brother and extended family in Israel.