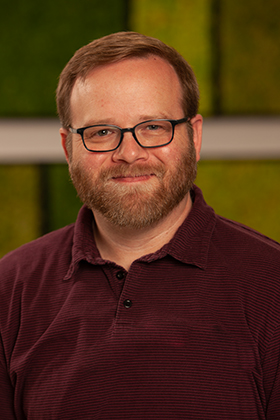 Dan Mitchell joined our company in 2017 and serves as an Electrical Designer. In his early working years, he was a “jack of all trades.” He began working in land surveying in the 1990s, and then moved into drafting of mechanical systems, plumbing systems and even kitchen design. For the past 5 years, he has focused on designing electrical systems and has found his calling. He has enjoyed working on such notable projects as The Bottleworks Hotel (in the former Coca-Cola Bottling Plant), the J W Marriott high rise hotel, the expansion of the Indiana Convention Center, all in downtown Indianapolis. Closer to home, the First Internet Bank in Fishers has been a great project.

Dan is father to three boys and when he is not camping with them, you can find him playing video games, rock climbing or bowling.