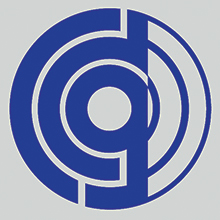 In early 1982, Kerry Smith began preparations to fulfill a vision of owning his own company. He asked two co-workers to join him as partners (Bill Stella and Marv Trietsch), developed a business plan, fashioned a logo based upon the name Capital Design Group and sought office space in downtown Indianapolis. The Indiana Secretary of State rejected the name Capital Design Group, but Circle Design Group was approved. All was well because the company would be in the “capitol” city and the “circle” was the center of the city. He had fashioned a circular “CDG” logo, and so it still worked!

The company opened for business on July 1, 1982. Rita Smith would join 11 days later and Jeff Wylie several months later, both as partners. Our office amenities included a land line, folding tables as desks, folding chairs, small drafting boards, a portable typewriter, a PIP Printing right next door and Marbaugh was a few blocks away. These five entrepreneurs forged a path forward always trying to improve based on lessons learned and striving to be the best MEP design firm in the Midwest. Life was good.